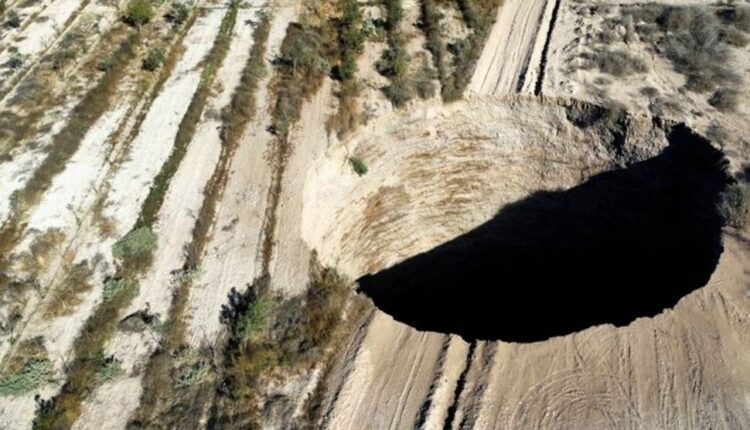 SANTIAGO (Reuters) – Chile’s mining minister announced on Friday the permanent closure of mining stopes directly related to a giant sinkhole that appeared in the northern part of the country in July.

Mining minister Marcela Hernando made the announcement after meeting with union members, mine workers and technical experts studying the sinkhole.

“The sector of the Gaby stopes, that are directly related to the subsidence, are closed definitively and will never be exploited again,” Hernando said, referring to a sector of stopes in the Alcaparrosa copper mine in northern Chile.

The minister added that the government is working on recovering water from an aquifer that was damaged by the sinkhole.

“We’re interested in recovering 1.3 million cubic meters of water that are currently stagnant in the depth,” Hernando said. “Our intention is to return them to the aquifer, for which we’re studying multiple alternatives.”

Chile’s SMA environmental regulator announced the charges against the Canadian-owned Lundin Mining Corp’s copper mine on Thursday for the sinkhole.

SMA filed a charge labeled as “very serious” for “irreparable environmental damage” to the aquifer, in addition to a “serious” charge for overextraction and two minor ones related to transporting minerals.

The government said it was planning to reopen parts of the mine where conditions allowed to avoid the loss of jobs.

Canada’s Lundin Mining Corp owns 80% of the property, while the remaining 20% is held by Japan’s Sumitomo Metal Mining and Sumitomo Corp.

The company could face closure, have its environmental permit revoked or be fined the equivalent of $13 million or more.

In mid-August, the SMA ordered “urgent and transitory” measures while investigating the causes of the 36.5-meter-diameter (120-foot-diameter) hole in Tierra Amarilla, some 665 km (413 miles) north of the capital. (This story has been refiled to correct the mine name in paragraph 3)

Here’s How You Can Help Tesla Owners Who…

Jan 26, 2023
Prev Next
Find more, like the above, right here on Cryptopolytech.com by following our extensive quiclick links appearing on images or [NEWSer CHEWSer].
View ALL Headlines & Breaking News here.
We compile ‘news of the day’ content in an unbiased manner and contextually classify it to promote the growth of knowledge by sharing it just like Chile Permanently Closes Mining Areas Connected to Giant Sinkhole