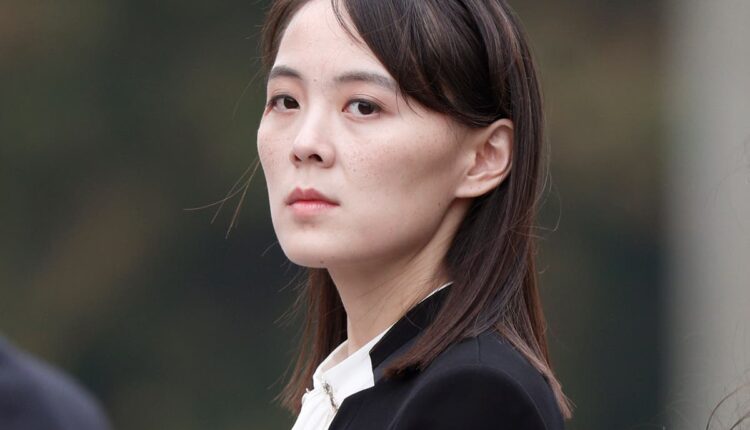 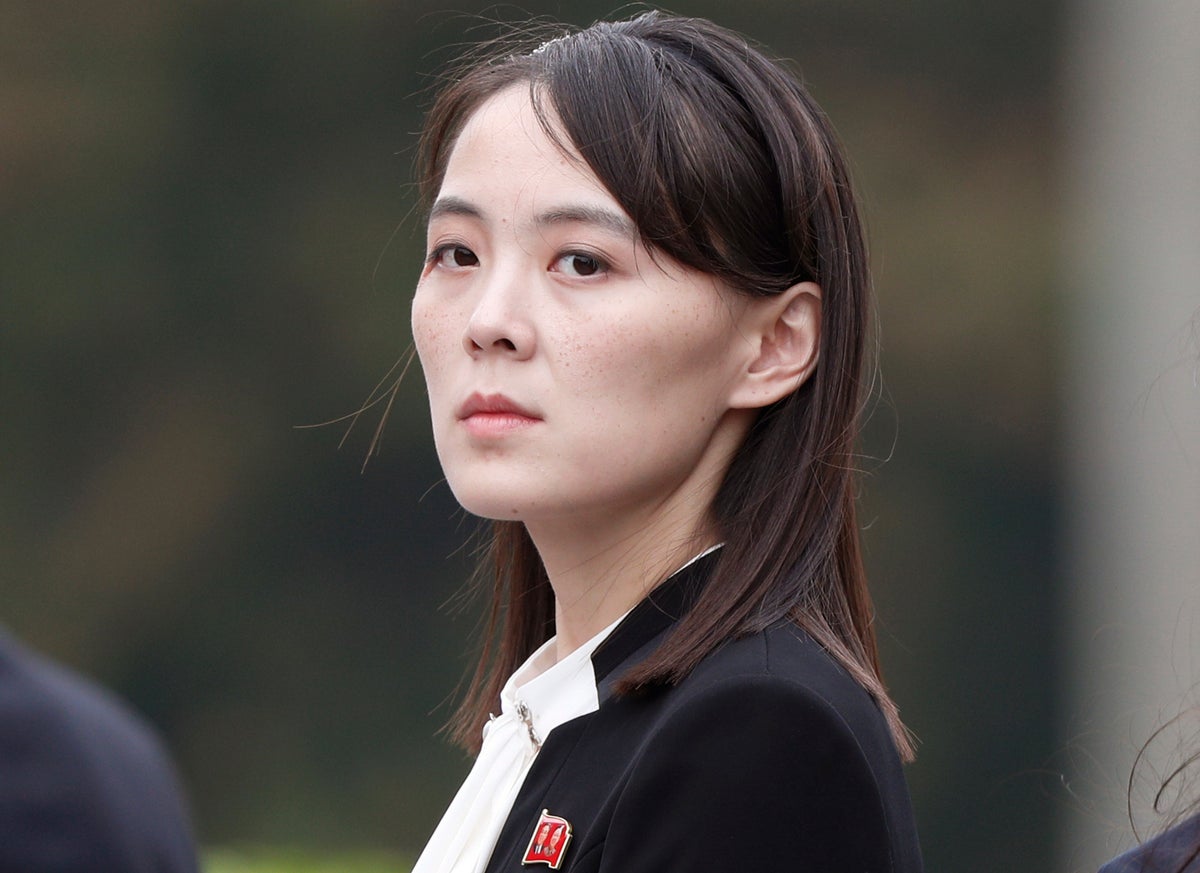 The powerful sister of North Korean leader Kim Jong Un made insult-laden threats against South Korea on Thursday for considering unliteral sanctions on the North, calling the South’s new president and his government “idiots” and “a running wild dog gnawing on a bone given by the U.S.”

Kim Yo Jong’s diatribe came two days after South Korea’s Foreign Ministry said that it was reviewing additional unilateral sanctions on North Korea over its recent barrage of missile tests. The ministry said it would also consider sanctions and clampdowns on North Korea’s alleged cyberattacks — a new key source of funding for its weapons program — if the North conducts a major provocation like a nuclear test.

“I wonder what ‘sanctions’ the South Korean group, no more than a running wild dog gnawing on a bone given by the U.S., impudently impose on North Korea,” Kim Yo Jong said in a statement carried by state media. “What a spectacle sight!”

She called South Korea’s new President Yoon Suk Yeol and his conservative government “idiots who continue creating the dangerous situation.” She added that South Korea “had not been our target” when Moon Jae-in — Yoon’s liberal predecessor who sought reconciliation with North Korea — was in power. It could be seen as a possible attempt to help foster anti-Yoon sentiments in South Korea.

“We warn the impudent and stupid once again that the desperate sanctions and pressure of the U.S. and its South Korean stooges against (North Korea) will add fuel to the latter’s hostility and anger and they will serve as a noose for them,” Kim Yo Jong said.

Last month, South Korea imposed its own sanctions on 15 North Korean individuals and 16 organizations suspected of involvement in illicit activities to finance North Korea’s nuclear weapons and missile programs. They were Seoul’s first unilateral sanctions on North Korea in five years, but experts say they were largely a symbolic step because the two Koreas have little financial dealings between them.

But observers say Seoul’s push to coordinate with the United States and others to crack down on the North’s alleged illicit cyber activities could anger North Korea. Earlier this year, a panel of U.N. experts said in a report that North Korea was continuing to steal hundreds of millions of dollars from financial institutions and cryptocurrency firms and exchanges, illicit money that is an important source of funding for its nuclear and missile programs.

North Korea has been under 11 rounds of U.N. sanctions imposed over its nuclear and missile tests since 2006. But the U.N. Security Council has failed to adopt fresh sanctions on North Korea over its torrid run of banned ballistic missile launches this year because China and Russia, two of the veto-wielding members of the council, have opposed them as they are locked in confrontations with the United States.

North Korea has repeatedly said the U.N. sanctions are proof of U.S. hostility toward North Korea along with its regular military drills with South Korea. U.S.-led diplomacy on North Korea’s nuclear program collapsed in early 2019 due to wrangling over how much sanctions relief North Korea would be given in return for its limited denuclearization steps.

Kim Yo Jong warned Tuesday the United States would face “a more fatal security crisis” as it pushes for U.N. condemnation of the North’s recent intercontinental ballistic missile test that demonstrated its potential to strike all of the mainland U.S.

Kim Yo Jong’s official title is a vice department director of the Central Committee of the North’s ruling Workers’ Party. But South Korea’s spy service believes she’s the North’s second-most powerful person after her brother and handles relations with South Korea and the United States.

Find more, like the above, right here on Cryptopolytech.com by following our extensive quiclick links appearing on images or [NEWSer CHEWSer].
View ALL Headlines & Breaking News here.
We compile ‘news of the day’ content in an unbiased manner and contextually classify it to promote the growth of knowledge by sharing it just like Kim’s sister makes insulting threats to Seoul over sanctions